The Struggle Againts the Nafs 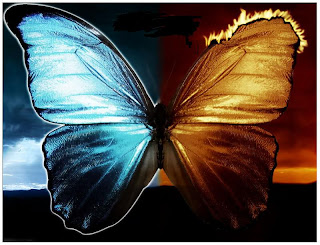 The struggle against the nafs has always been a favorite topic of the Sufis, and they have never tired of warning their disciples of its ruses, not only in the crude forms of sensual appetites but in the guises of hypocrisy and false piety, which must be carefully observed and obliterated.

The nafs has a rosary and a Koran in its right hand, and a scimitar and a dagger in the sleeve (M 3:2554)

Says Rumi, taking up a warning formulated four hundred years earlier by Dhu’n-Nun. Even to indulge in constant acts of worship or prayer can become a pleasure for the nafs; the mystic, therefore, has to break every kind of habit, for otherwise his nafs will overcome him in a subtler way. The “pleasure derived from works of obedience” should be avoided, for that is fatal poison.

One of the great dangers for the wayfarer is laziness or leisure; as long as he has not yet reached his goal, it would be better for him to occupy himself with seemingly useless things, like digging one pit after the other, than to spend a moment in leisure, for “leisure (faragh) is an affliction”.

The chief means for taming and training the nafs were, and still are, fasting and sleeplessness. The first ascetics have often been described as qa’im al-lail wa sa’im ad-dahr, “spending their nights upright in prayer and maintaining a perpetual fast by day.” The old saying that the three elements of Sufi conduct are qillat at-ta’am, qillat al-manam wa qillat al-kalam, “little food, little sleep, little talk” (to which often “loneliness, keeping away from men,” was added) is still as valid as it was a thousand years ago.

Lack of sleep was considered one of the most effective means on the mystical Path – “the eye is weeping instead of sleeping”.
The ascetic spent his nights at prayers recommended in the Qur’an, which gave him time to enjoy blessed conversation with his Lord through prayer. Many of the mystics would avoid stretching out their legs or lying down when slumber overcame them, for all of them hoped for some revelation after the long nights of sleeplessness, which extended over years. The most beautiful story pertaining to this attitude has been told and retold for centuries: Shah Kirmani did not sleep for forty years, but eventually he was overwhelmed by sleep – and he saw God. Then he exclaimed: “O Lord, I was seeking Thee in nightly vigils, but I have found Thee in sleep.” God answered: “O Shah, you have found Me by means of those nightly vigils, if you had not sought Me there, you would not have found Me here.”

For practical purposes, however, “to eat little,” is even more important than to avoid sleep. The Sufis would fast frequently, if not constantly. Many of them extended the fasting in Ramadan observed by every Muslim; but in order to make fasting more difficult, they invented the so-called saum da’udi, which meant that they would eat one day and fast one day, so that their bodies would not become accustomed to either of the two states. “Fasting is really abstinence, and this includes the whole method of Sufism”.

“Hunger is God’s food by which He quickens the bodies of the upright”, says rumi, who also argues that, just as the host brings better food when the guest eats little, God brings better, i.e., spiritual foor to those who fast.

Like the early Christian monks who lived exclusively on the host, the Muslim saints considered hunger the best way to reach spirituality. To be empty of worldly food is the precondition for enlightenment. “Could the reedflute sing if its stomach were filled?” Rumi asks repeatedly. Man can receive the divine breath of inspiration only when he keeps himself hungry and empty.

(Annemarie Schimmel. Mystical Dimensions of Islam. The University of North Carolina Press, 1975. P.114-116)
Posted by My Reflection at 5:08 PM