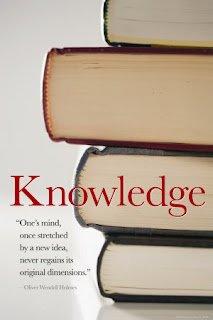 Ibn ‘Arabi describes silence, seclusion, hunger and vigilance as the four pillars of spiritual knowledge (arkan al-ma’rifa). In describing them as ‘pillars’, Ibn ‘Arabi is implying a direct equivalent or correspondence to the five Pillars of the Islamic religion (arkan al-islam), that is, the practices of the testimony of faith (shahada), ritual prayer (salat), alms-giving (zakat), fasting (sawm) and pilgrimage (hajj), the first equating to spiritual knowledge (ma’rifa). It is also in correspondence with his notion of “the pillars of the religion” (arkan al-din), which he mentions as faith (iman), sainthood (wilaya), prophethood (nubuwwa) and envoyship (risala).
He mentions these four as some of the things to be practiced so that one “becomes firmly established in the affirmation/realization of Unity (tawhid)”. He describes two actions of commission (hunger and seclusion) and two as actions of omission (vigilance and silence), and as in this treatise, points out that “hunger includes vigilance, and seclusion includes silence”. Interestingly, he specifies that according to the people of God, seclusion is the “chief of the four”.

Other chapters in the Futuhat provide more detail on the individual principles. Chapter 80, for example, discusses the nature of seclusion, stressing the internal meaning and therefore more universal nature of the principle.

Referring particularly to Divine Names that can have a negative connotation, e.g. the Proud (mutakabbir) and the One who enforces or compels (jabbar), “he secludes himself from the likeness of these Divine Names due to what they contain in terms of negative attribute if someone is named by them or manifests with their properties in the world. Man’s reality is to be totally indigent, and one who is indigent cannot be self-important or proud.”

Yet further than this is the one who secludes himself from all the Divine Names, since they belong to God alone. Even though he may be dressed in the likeness of all the Names, yet he prefers to rest in poverty and indigence. Such a one returns to his native land, which is absolute servanthood, and this Ibn ‘Arabi considers to be the real place of Man. He continues:

“The servant returns to his own special quality, which is utter servanthood (‘ubuda) in which Lordship does not compete. He is adorned (tahalla) by that, seated in the house of his potential reality, not his existence in Being. He observes the dispensation of God within him, and he is secluded from spiritual directorship (tadbir) in that.”

Here again one may note how he makes a passing reference to what really constitutes the description of servanthood, i.e. adornment (tahalli) – the use of such quite deliberate terminology provides links between apparently disparate texts.

In the Hilyat al-abdal Ibn ‘Arabi presents his teachings in a most succinct way. Describing the four pillars or rules in terms of how they are understood by the aspirant (murid) and the verifier (muhaqqiq), he speaks of them as a spiritual state (hal) and a spiritual station (maqam) and as bearing fruit in a particular domain of spiritual knowledge (ma’rifa).

Were we to take them simply at face value, as practices, “things to be done”, we would clearly miss the essential point which Ibn ‘Arabi is making. All that is physical has its root in that which is spiritual: all our practice is preparation, to bring us to a point where one allows the acknowledgement of the Divine in all His fundamental and rightful height and glory, remaining in pure servanthood while He remains in full sovereignty.

What is absolutely remarkable about this masterwork is how precise and all-encompassing Ibn ‘Arabi’s descriptions of spiritual practice are: he gives us, in the space of a few pages, enough material to contemplate and act on for a lifetime. Whatever forms of spiritual practice we may come across, they are forms or effects of these four, if they have real validity, and every spiritual tradition knows of their efficacy.

Finally, it is worth noting that the number four plays a significant role in Ibn ‘Arabi’s thought. Elsewhere he refers to it as the most perfect number, and associates it with the earthly, receptive principle (as opposed to the heavenly, active principle): for example, the four sub-lunar spheres, the four qualities of Universal Nature or the four categories of existence. In the Hilyat al-abdal the four pillars of exterior principles are the prerequisites for spiritual ascension. The pillars correspond, then, in a certain sense, to the isra, the overland nocturnal journey from Mecca to Jerusalem accomplished by the Prophet prior to his ascension into heaven (mi’raj), an Abrahamic spiritual journey from the “place of Ishmael” to the “placeof Isaac”, a purification process that takes the seeker to a place beyond the four exterior dimensions. Only through the accomplishment of these four, says Ibn ‘Arabi, will the reality of the abdal be known, the seven representatives of Heaven who are described in the final poem as “those of pure virtue and noble eminence”.

(Translated by Stephen Hirtenstein. The Four Pillars of Spiritual Transformation. Anqa Publishing. Oxford. p.20-24)
Posted by My Reflection at 3:50 AM