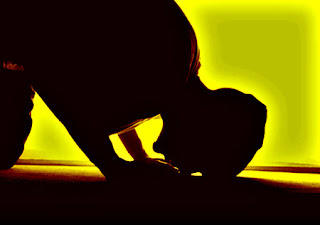 The duty of human beings is to surrender to this unique, omnipotent God, the Merciful, the Compassionate (as He is called at the beginning of each chapter of the Qur'an and also at the beginning of every human activity); to surrender from the bottom of one’s heart, with one’s whole soul and one’s entire mind. The word “Islam” means this complete surrender to the Divine will; and the one who practices such surrender is a Muslim (active participle of the fourth stem of the root s.l.m., which has also the connotation of salam, “peace”). Muslims do not like the term “Muhammedan,” as it suggests an incorrect parallel to the way Christians call themselves after Christ. Only members of some late mystical currents called themselves Muhammadi to express their absolute loyalty to the Prophet as their spiritual and temporal leader.

The Muslim, who recognizes the One God as both Creator and Judge, feels responsible to Him: he believes in His books (the Torah, the Psalms, the Gospels, and the Qur’an) and in His prophets from Adam through the patriarchs, Moses, and Jesus up to Muhammad, the last lawgiving messenger. Further, he believes in God’s angels and in the Last Judgment, and “that good and evil come equally from God.” He tries to lead his life according to the revealed law, well aware that God’s presence is experienced in every place and every time, and that there is no really profane sphere in life. Fulfillment of cultic duties and the practice of mercy and justice are commanded side by side in the Qur’an: the ritual prayer, salat, is in almost every instance combined with zakat, the alms tax. But the worldlings who are embroiled in caring for their wealth, and who neglect religious duties, are threatened by Divine punishment.