The Role of a Sufi Teacher in Modern Culture 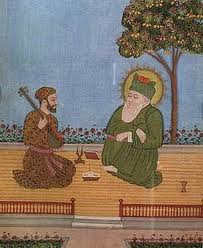 The role of a sufi teacher in modern culture is analogous to an athletic coach who would like to train people to develop their abilities to an Olympic level. He would have been educated for this and have the appropriate degree. Without necessarily being the greatest athlete himself, he would be in a position to train others who have particular talents that he may not have. He would have the general knowledge and the principles, and he would have some decades of experience in training others, as well as himself.

What if, however, we lived in a society that was ignorant of Olympic-level training and performance? What if most people had a lack of interest in or resistance toward any notion of training, their attitudes having been formed by a fast-food culture? What little they gave experienced of athletics might have come from elementary school gym teachers and the coarse and sweaty environments of locker rooms. What if, in addition, their physical health were weak and their emotional health characterized by a legacy of shame and abuse? They would have no love of their body since it had been associated with pain and defilement rather than freedom and joy. Such people would need to learn to work out, to learn about their bodies and what they are capable of. Our culture’s preparation for and receptivity to spiritual training may be no better.

It would be foolish if a horse trainer were to receive a half-wild starving and crippled horse and insist that it put on a saddle and prepare itself for the rigors of dressage. It would be equally foolish if a medical doctor were to receive patients in critical condition from starvation and lecture them about the benefits of organic versus processed food. We live in a culture that is starved for spiritual reality. The immediate need is to save people from starvation. Anyone who is insists that starving people pledge loyalty to the brand name of the food that saves them from starvation is not in service but is self-serving. There are distinctions to be made among both earthly and spiritual foods – whether these are synthetic, natural, or organic, for instance – and under the best circumstances, in the normative human condition, these are important distinctions.

The immediate need, however, is to help people in a state of starvation. Later we may consider what is a suitable diet, what are appropriate calisthenics, and which specific skills to concentrate on.

(Kabir Helminski. The Knowing Heart: A Sufi Path to Transformation. Shambala Publications, Inc. Boston, 1999. P. 30-31)
Posted by My Reflection at 4:21 AM