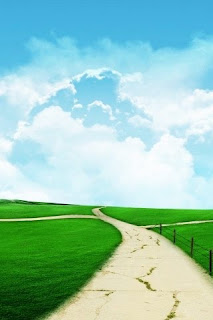 Mystics in every religious tradition have tended to describe the different steps on the way that leads toward God by the image of the Path. The Christian tripartite division of the “via purgativa”, the “via contemplativa”, and the “via illuminative” is, to some extent, the same as the Islamic definition of “shari’a”, “tariqa”, and “haqiqa”.

The “tariqa”, the ‘path’ on which the mystics walk, has been defined as the path which comes out of the “shari’a”, for the main road is called “shar”, the path “tariq”. This derivation shows that the Sufis considered the path of mystical education a branch of that highway that consists of the God-given law, on which every Muslim is supposed to walk. No path can exist without a main road from which it branches out; no mystical experience can be realized if the binding injunctions of the “shari’a” are not followed faithfully first. The path, “tariqa”, however, is narrower and more difficult to walk and leads the adept- called “salik”, “wayfarer”- in his “suluk”, “wandering”, through different stations (maqam) until he perhaps reaches his goal, the perfect “tauhid”, the existential confession that God is One.

The tripartite way to God is explained by a tradition attributed to the Prophet: “The shari’a are my words [aqwali], the tariqa are my actions [a’mali], and the haqiqa is my interior states [ahwali].”

Shari’a, tariqa, and haqiqa are mutually interdependent:
The law without truth is ostentation, and the truth without the law is hypocrisy. Their mutual relation may be compared to that of body and spirit: when the spirit departs from the body, the living body becomes a corpse, and the spirit vanishes like wind. The Muslim’s profession of faith includes both: the words “There is no god but Allah” are th Truth, and the words “Muhammad is the apostle of God” are the Law. Anyone who denies the Truth is an infidel, and anyone who rejects the Law is a heretic.

“To kiss the threshold of the shari’a” was the first duty of anyone who wanted to enter the mystical path. The poets have often spoken in verses, and the mystics in poignant sentences, of the different aspects of these three levels (sometimes ma’rifa, “gnosis” would be substituted for haqiqa, “truth”). Thus it is said in Turkey:

(Annemarie Schimmel. Mystical Dimensions of Islam. The University of North Carolina Press, 1975. P.98-99)
Posted by My Reflection at 4:09 AM