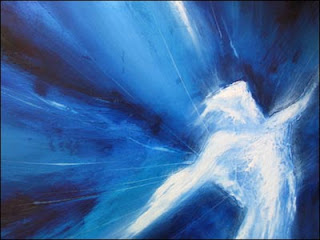 The forward movement on the Path, as initiated by repentance and renunciation, consists of a constant struggle against the nafs, the “soul” – the lower self, the base instincts. The faithful had been admonished in the Qur’an (Sura 79:40) to “fear the place of his Lord and hinder the nafs from lust.” For the nafs is the cause of blameworthy actions, sins, and base qualities; and the struggle with it has been called by the Sufis “the greater Holy War,” for the worst enemy you have is [the nafs] between your sides,” as the hadith says.

The Qur’anic expression an-nafs al-ammara bi’s-su’, “the soul commanding to evil” (Sura 12:53) forms the starting point for the Sufi way of purification. The holy book contains also the expression an-nafs al-lawwama, “the blaming soul” (Sura 75:2), which corresponds approximately to the conscience that watches over man’s actions and controls him. Eventually, once purification is achieved, the nafs become mutma’inna (Sura 89:27), “at peace”; in this state, according to the Qur’an, it is called the home to its Lord.

The main duty of the adept is to act exactly contrary to the nafs’s appetites and wishes. There is nothing more dangerous for the disciple than to treat the nafs lightly by allowing indulgences and accepting (facilitating) interpretations, says Ibn Khafif. It is incumbent upon every traveler on the Path to purge the nafs of its evil attributes in order to replace these by the opposite, praiseworthy qualities. Sufi hagiography is full of stories about the ways in which the masters of the past tamed their appetites and, if they failed, the manner of their punishment.

The nafs is something very real, and many stories tell of its having been outside the body. Sometimes it took the form of a black dog that wanted food but had to be trained and sent away; other mystics saw their nafs coming out of their throats in the form of young fox or a mouse. The nafs can also be compared to a disobedient woman who tries to seduce and cheat the poor wayfarer (the noun nafs is feminine in Arabic!). A recurrent image is that of the restive horse or mule that has to be kept hungry and has to undergo constant mortification and training so that, eventually, it serves the purpose of bringing the rider to his goal. Sometimes it is likened to a disobedient camel – Rumi compares the struggle of the intellect with the nafs to the attempt of majnun to turn his camel in the right direction, toward the tent of his beloved. Even comparison of the nafs to a pig is not rare. It is found mainly in ‘Attar’s poetry; like Sana’i before him, he felt that those who obeyed their piglike nature would themselves be changed into pigs.

Sometimes the nafs has been likened to Pharaoh, the self-centered ruler who did not listen to the call to faith uttered by Moses but claimed a divine rank for himself and consequently was drowned in the Red Sea; or to Abraha, who intruded in the holy city of Mecca and should be scared away with stones.

Old, popular beliefs were revived when the nafs was said to take the form of a snake; but this serpent can turned into a useful rod, just as Moses transformed serpents into rods. More frequent, however, is the idea that power of the spiritual master can blind the snake; according to folk belief, the snake is blinded by the sight of an emerald (the connection of the pir’s spiritual power with the green color of the emerald is significant). Thus, his influence renders the nafs-snake harmless.

The image of training the horse or the dog conveys the most nearly accurate impression of the activity of the Sufi: the lower faculties are not to be killed, but trained so that even they may serve on the way to God. A story told about the Prophet Muhammad well expresses his faith in the training of the base soul; the expression used here for the “lower qualities, instincts,” is shaytan (satan): “When asked how his shaytan behaved, he answered: ‘Aslama shaytani; my shaytan has become a Muslim and does whatever I order him,” i.e., all his lower soul will obey its master, as everything in the world will obey the one who has completely surrender his will to the will of God.

(Annemarie Schimmel. Mystical Dimensions of Islam. The University of North Carolina Press, 1975. P.112-113)
Posted by My Reflection at 6:30 PM