The Example of Muhammad 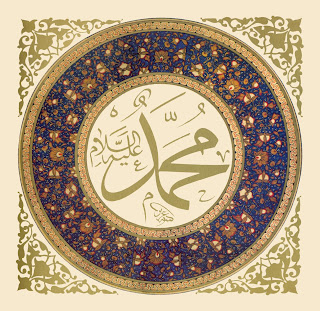 The way of Sufism is secured on the foundation of the spiritual virtues and practices of the Prophet Muhammad. This Way has had its interpreters in every age, and yet it was complete from the time of Muhammad. The Sufi way actualized and fulfilled certain qualities that had been latent in what was revealed through Muhammad, and the literary, musical, aesthetic, and interpersonal refinement of the Mevlevi Way, in particular, testify to the inexhaustible treasure of Muhammadan spirituality.

Most Westerners who are drawn to Sufism were first attracted by its qualities and were only gradually led to understand how the qualities of Sufism are the fruit of the Qur’anic revelation and the example of Muhammad. Sufism is a wide and universal door that leads out of the prison of human vanity and conjecture to an expansive spiritual reality. After this reality has been tasted through experience, it is possible to grasp how completely it is testified to by the revelation of the Qur’an and the life of Muhammad.

Without the character of Muhammad, who was called “the living Qur’an”, the early Muslim community would not have possessed the magnetic and inspired qualities that gave birth to a high level of culture. Within a few generations, this impulse of Islam spread from the backwater of Arabia to become a vast civilization – a civilization based on a universal ideology of human equality, social justice, and divine remembrance.

Without character of Muhammad, the whole spirit of Sufism is inconceivable. The study of the Prophet’s sayings and actions has always been central to the curriculum of Sufism.

‘Ali, one of the Prophet’s closest companions, preserved this saying:

Meditation in God is my capital.
Reason and sound logic are the root of my action.
Love is the foundation of my existence.
Enthusiasm is the vehicle of my life.
Contemplation of Allah is my companion.
Faith is the source of my power.
Sorrow is my friend.
Knowledge is my weapon.
Patience is my clothing and virtue.
Submission to the Divine Will is my pride.
Truth is my salvation.
Worship is my practice.
And in prayer lies the coolness of my eye
And my peace of mind.
Muhammad’s character exemplified a life of love and became a model for all who were called Sufis. These Sufis in their turn continued this impulse into an ever more explicit expression of love.

Human history has no greater example of a figure who was both a contemplative and a social revolutionary. On the one hand Muhammad devoted himself to meditation, vigils, and fasts; he opened his heart to the Invisible and there he heard Gabriel’s voice; he listened to the guidance that was given for the various circumstances he encountered; and he transmitted a revelation and way of life for the benefit of humanity. After that revelation began, he also found himself responsible for a growing community, and eventually a nation, which in an unbelievably short period of time became a unified and energized culture that swept across the world. For someone even cursorily acquainted with the facts, it would be difficult to deny that any other single human being has affected so great a number of people so deeply and in so many aspects of their lives. The way revealed through Muhammad and the Qur’an enlists from its more than one billion faithful a remarkable degree of commitment and energy: prayer and ablutions five times a day, a month-long fast, a universal pilgrimage, a single ritual prayer and Holy Book accepted by all Muslims, a practical and specific rule of social law governing business, social life, the family, and the individual.

What stands out in the prophet’s life are a combination of qualities that include sanctity, wisdom, faith, integrity, strength, justice, generosity, magnanimity, nobility, humanity, and modesty. It was these qualities that shaped the spiritual climate of Islam. Because Muhammad’s speech and actions were remembered and preserved more exactly than perhaps any other historical personality, in the hearts of Muslims his life became a norm for all of human life.
And yet Muhammad could not be confused with God. He listened to what the Divine revealed even when it criticized his own actions.