Peace begins with a smile

- Mother Teresa
Posted by My Reflection at 2:47 AM No comments:

"Is it so bad to be misunderstood?
Pythagoras was misunderstood, and Socrates, and Jesus, and Luther, and Copernicus, and Galileo, and Newton,and every pure and wise spirit that ever took flesh."

- Ralph Waldo Emerson
Posted by My Reflection at 2:37 AM No comments:

Intelligent people know others.
Enlightened people know themselves.
You can conquer others with power,
But it takes true strength to conquer yourself.
...
- Lao Tzu
Posted by My Reflection at 2:26 AM No comments:

Wood for His Fire

If you don’t have the Beloved why aren’t you looking for Him?
If you have the Beloved why aren’t you rejoicing?
If the Friend is truly your friend. Why not stay with Him?
If the rebec does not wail,Why not teach it how to sing?
If someone bars you from the truth, Why not fight him and his brother as well?
You sit quietly and say to yourself, “Something strange is going on.”The only thing strange is that your best friend is a stranger.
You are the Sun of the world -Why is your heart so black?Why do you fall back on your drab and stagnant ways?Don’t stay melted like gold in a furnace -Become a piece of jewelry!
The treasure of Unity is found by those who look within.Why not join your spirit to the onewho sits inside your heart?
Did Majnun ever love two Laylas? Why seek more than one face and one cheek?
There is such a glorious moonhiding in the shadows of your being.Why not make it rise with the power of a midnight prayer? You have danced in the tavern for ages, Love’s wine never slips from your hand,Yet with each new sipyour soul is ravished like never before.
The wine I drink is the fire of love and God Himself pours it into my mouth!
What use is your life If your bones are not used as wood for His fire?
I’ll leave you with that.I could go on,I could fill pages with these elegant verses
But this is a tale for the heart and soul, not the lips.
...
Rumi– Version by Jonathan StarFrom “Rumi - In the Arms of the Beloved”Jeremy P. Tarcher/Putnam, New York 1997
Posted by My Reflection at 12:14 AM No comments:

“Happy the moment when we are seated in the Palace, thou and I,
With two forms and with two figures but with one soul, thou and I
The colours of the grove and the voice of the birds will bestow immortality at the time when we come into the garden, thou and I.
....
The stars of heaven will come to gaze upon us; We shall show them the Moon itself, thou and I. Thou and I, individuals no more, shall be mingled in ecstasy, Joyful and secure from foolish babble, thou and I.
...
All the bright-plumed birds of heaven with devour their hearts with envy. In the place where we shall laugh in such a fashion, thou and I.
...
This is the greatest wonder, that thou and I, sitting here in the same nook, are at this moment both in Iraq and Khorasan, thou and I.”
(Jalaluddin Rumi)
Posted by My Reflection at 11:59 PM No comments:

~
If we really want to love we must learn how to forgive.
- Mother Teresa
~
Posted by My Reflection at 5:08 AM 2 comments:

The Secret of Life

The principal teaching is that the heart of man is the shrine of God, to recognize God in one's own heart, to feel His existence, presence, virtue, goodness, all manner of beauty.
It must be remembered that the whole life around us is a life of falsehood.
The more you see and experience the more you see how very false it is, how much disillusionment there is.
The only way of getting over it is to light the lamp in the darkness of night, and all will be cleared. The secret of life is this: to produce beauty in ourselves.
When beauty is produced in the heart, then all that breaks the heart vanishes and the whole universe becomes one single vision of the sublimity of God.

-Religious Gatheka 13, Message of Christ, Hazrat Inayat Khan
Posted by My Reflection at 5:03 AM No comments:

Give Me Your Hand

God speaks to each of us as he makes us, then walks with us silently out of the night.
These are words we dimly hear:
You, sent out beyond your recall, go to the limits of your longing.
Embody me. Flare up like flame and make big shadows I can move in.
Let everything happen to you: beauty and terror. Just keep going. No feeling is final.
Don't let yourself lose me. Nearby is the country they call life.
You will know it by its seriousness.
Give me your hand.

- Rainer Maria Rilke
Posted by My Reflection at 3:53 AM No comments:

Looking for Your Own Face

Your face is neither infinite nor ephemeral.
You can never see your own face,only a reflection, not the face itself.
So you sigh in front of mirrorsand cloud the surface.
It's better to keep your breath cold.Hold it, like a diver does in the ocean.
One slight movement, the mirror-image goes.
Don't be dead or asleep or awake.Don't be anything.
What you most want,what you travel around wishing to find,lose yourself as lovers lose themselves,and you'll be that.

- Attar
Posted by My Reflection at 3:50 AM No comments:

From each, Love demands a mystic silence.

What do all seek so earnestly? Tis Love. Love is the subject of their inmost thoughts, In Love no longer "Thou" and "I" exist, For self has passed away in the Beloved.

Now will I draw aside the veil from Love, And in the temple of mine inmost soul Behold the Friend, Incomparable Love.

Posted by My Reflection at 3:40 AM No comments:

In the Dead of Night

In the dead of night, a Sufi began to weep,
he said this world is like a closed coffin, in which we are shut and in which, through our ignorance, we spend our lives in folly and desolation.

When Death comes to open the lid of the coffin, each one who has wings will fly off to eternity, but those without will remain locked in the coffin. So, my friends, before the lid of this coffin is taken off,

-Attar
Posted by My Reflection at 3:00 AM No comments:

'Why was Adam driven from the garden?'
The pupil asked his master. 'His heart was hardened with images, a hundred bonds that clutter the earth chained Adam to the cycle of death following birth.
He was blind to this equation, living for something other than God and so out of paradise he was driven with his mortal body's cover his soul was shriven.

Noblest of God's creatures, Adam fell with blame, Like a moth shrivelled by the candle's flame, into history which taught mankind shame. Since Adam had not given up his heart to God's attachment, there was no part for Adam in paradise where the only friend is God; His will is not for Adam to imagine and bend.

Posted by My Reflection at 2:36 AM No comments:

Know the true nature of your Beloved.
In His loving eyes your every thought,Word and movement is always-Always Beautiful."
- Attar
Posted by My Reflection at 2:30 AM No comments:

Soul receives from soul that knowledge, therefore not by book nor from tongue.
If knowledge of mysteries come after emptiness of mind, that is illumination of heart.
- Jalaluddin Rumi -
English Translation by Coleman Barks
Posted by My Reflection at 2:20 AM No comments:

The Progress of Man 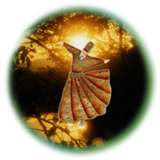 First he appeared in the realm inanimate
Thence came into the world of plants and lived the plant-life many a year, nor called to mind what he had been;
then took the onward wayTo animal existence, and once moreRemembers naught of what life vegetive,
Save when he feels himself moved with desire towards it in the season of sweet flowers,
As babes that seek the breast and know not why.
Again the wise Creator whom thou knowestUplifted him from animality to Man's estate;
and so from realm to realm advancing, he became intelligent,cunning and keen of wit, as he is now.
No memory of his past abides with him, and from his present soul he shall be changes.
Though he is fallen asleep, God will not leave himIn this forgetfulness.
Awakened, he will laugh to think what troublous dreams he had. And wonder how his happy state of being he could forget, and not perceive that all those pains and sorrows were the effect of sleep and guile and vain illusion.
So this world seems lasting, though 'tis but the sleepers' dream; Who, when the appointed Day shall dawn, escapes from dark imaginings that haunted him, and turns with laughter on his phantom griefs when he beholds his everlasting home.
- Jalaluddin Rumi -
English Translation by R.A. Nicholson
Posted by My Reflection at 1:59 AM No comments: 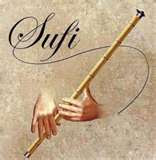 What makes the Sufi? Purity of heart
Not the patched mantle and the lust perverse of those vile earth-bound men who steal his name.
He in all dregs discerns the essence pure:In hardship ease, in tribulation joy.
The phantom sentries, who with batons drawn Guard Beauty's place-gate and curtained bower
Give way before him, unafraid he passes
And showing the King's arrow, enters in.

- Jalaluddin Rumi -
translated by R.A Nicholson
Posted by My Reflection at 1:49 AM No comments: