Sufism in the West 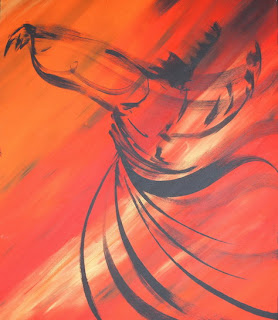 In contrast to the fields of theology, philosophy, and the sciences, there were no translations of Sufi texts into Latin during the Middle Ages. The knowledge received about Sufism in the West by such men as Dante and, somewhat later, St. John of the Cross came from vernacular languages, oral transmission, and personal contact.

The first work to use the term “Sufism,” as tashawwuf has come to be known in the West, was in fact written in 1821 by a German scholar by the name of August Tholuck, who wrote a study of the subject entitled Sufismus:'sive Theosophia Persarum pantheistica'. The later eighteenth and the nineteenth centuries were also witness to the translations of Sufi texts from both Persia and Arabic into English, German, French, and some other European languages. The works of such translators as Sir William Jones, von Hammer Purgstall, and Rückert began to read in literary and even philosophical circles and attracted major figures such as Goethe and Emerson.

At the beginning of the last century the Swedish painter and esoterist Ivan Aguéli traveled to the Islamic world, was initiated into Sufism, and began to write seriously on the doctrines of Ibn ‘Arabi and other Sufi masters. ‘Abdul Hadi, as Aguéli was known in the Islamic world and later in Europe, must be given his due as a pioneer in the serious introduction of Sufism to the West. It must also be recalled that by the early twentieth century René Guénon had already come into contact with this current and that after 1930, when he migrated to Cairo, he lived openly as a Shadhili faqir.

The traditionalist or perennialist school that Guénon, known in the Islamic world as Shaykh ‘Abd al-Wahid Yahya, “inaugurated” was to be of the utmost importance to the West in the presentation of authentic Sufism, in both doctrine and practice, his theoretical works being complemented by the operative teachings and spiritual practices issuing from the Algerian Shaykh Ahmad al-‘Alawi.

In the 1930s the appearance of the colossal figure of Frithjof Schuon (Shaykh ‘Isa Nur al-Din Ahmad) brought about the serious presence of the Shadhiliyya Order in the West. His works were complemented by those of several of his companions such as Titus Burckhardt (Sidi Ibrahim ‘Izz al-Din), and Martin Lings (Shaykh Abu Bakr Siraj al-Din), and many others.

Meanwhile, from the 1920s onward a number of Western academic scholars began to see the Quranic origin of Sufism and wrote serious work on it. This trend began with Louis Massignon, followed by such notable figures as Henry Corbin and Annemarie Schimmel. Today there are a number of academic scholars of Islam, following the example of these illustrious figures, who are making important contributions to the study of Sufism in European languages. Some of them also belong to various Sufi orders. After the Second World War other Sufi orders began to spread to the West and their Western followers, even if not academic scholars, have produced a number of valuable studies of Sufism.

(Seyyed Hossein Nasr. In : Sufism Love and Wisdom. Edited by Jean-Louis Michon and Roger Gaetani. World Wisdom Inc. Canada. 2006)
Posted by My Reflection at 5:11 AM