The Originality of Sufism 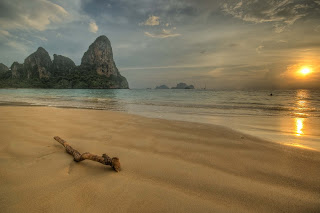 The great Andalusian Sufi, Muhyiddin Ibn ‘Arabi used to pray a prayer which begins: ‘Enter me, O Lordm into the deep of the Ocean of Thine Infinite Oneness’, and in the treatises of the Sufis this ‘Ocean’ is mentioned again and again, likewise by way of symbolic reference to the End towards which their path is directed. Let us therefore begin by saying, on the basis of this symbol, in answer to the question ‘What is Sufism?’: From time to time a Revelation ‘flows’ like a great tidal wave from the Ocean of Infinitude to the shores of our finite world; and Sufism is the vocation and the discipline and the science of plunging into the ebb of one of these waves and being drawn back with it to its Eternal and Infinite Source.

‘From time to time’: this is a simplification which calls for a commentary; for since there is no common measure between the origin of such a wave and its destination, its temporality is bound to partake, mysteriously, of the Eternal, just as its finiteness is bound to partake of the Infinite. Being temporal, it must first reach this world at a certain moment in history; but that moment will in a sense escape from time. Better than a thousand months (Qur’an XCVII:3) is how the Islamic Revelation describes the night of its own advent. There must also be an end which corresponds to the beginning; but that end will be too remote to be humanly foreseeable. Divine institutions are made forever. Another imprint of the Eternal Present upon it will be that it is always flowing and always ebbing in the sense that it has, virtually, both a flow and an ebb for every individual that comes within its scope.

There is only one water, but no two Revelations are outwardly the same. Each wave has its own characteristics according to its destination, that is, the particular needs of time and place towrads which and in response to which it has providentially been made to flow. These needs, which include all kinds of ethnic receptivities and aptitudes such as vary from people to people, may be likened to the cavities and hollows which lie in the path of the wave. The vast majority of believers are exclusively concerned with the water which the wave deposits in these receptacles and which constitutes the formal aspect of the religion.

Mystics on the other hand – ans Sufism is a kind of mysticism – are by definition concerned above all with ‘the mysteries of the Kingdom of Heaven’; and it would therefore be true to say, in pursuance of our image, that the mystic is one who is incomparably more preoccupied by the ebbing wave than by the water which it has left behind. He has none the less need of this residue like the rest of his community – need, that is, of the outward formd of his religion which concern the human individual as such. For if it be asked what is it in the mystic that can ebb with the ebbing wave, part of the answer will be: not his body and not his soul. The body cannot ebb until the Resurrection, which is the first stage of the reabsorption of the body – and with it the whole material state – into the higher states of being. As to the soul, it has to wait until the death of the body. Until then, though immortal, it is imprisoned in the world of mortality. At the death of Ghazali, the great eleventh-century Sufi, a poem which he had written in his last illness was found beneath his head. In it are the lines:

A bird I am, this body was my cage
But i have flown leaving it as a token.

Other great Sufis also have said what amounts to the same: but they have also made it clear in their writing of speaking or living – and this is, for us, the measure of their greatness – that something in them had already ebbed before death despite the ‘cage’, something incomparably more important than anything that has to wait for death to set it free.

What is drawn back by spiritual realisation towards the Source might be called the center of consciousness. The Ocean is within as well as without; and the path of the mystics is a gradual awakening as it were ‘backwards’ in the direction if the root of one’s being, a remembrance of the Supreme Self which infinitely transcends the human ego and which is none other than the Deep towards which the wave ebbs.

To use a very different image which will help to complete the first, let us liken this world to a garden – or more precisely, to a nursery garden, for there is nothing in it that has not been planted there with a view to its being eventually transplanted elsewhere. The central part of the garden is alloted to trees of a particularly noble kind, though relatively small and growing in earthenware pots; but as we look at them, all our attention is caught by one that is incomparably finer than any of the others, which it far excels in luxuriance and vigour of growth. The cause is not naked to the eye, but we know at once what has happened, without the need for any investigation: the tree has somehow been able to strike root deep into the earth through the base of its receptacle.

The trees are souls, and that tree is one who, as the Hindus say, has been ‘liberated in life’, one who has realised what the Sufis term ‘the Supreme Station;’ and Sufism is a way and a means of striking a root through the ‘narrow gate’ in the depth of the soul out into the domain of the pure and unimprisonable Spirit which itself opens out on the Divinity. The full-grown Sufi is thus conscious of being, like other men, a prisoner in the world of forms, but unlike them he is also conscious of being free, with a freedom which incomparably outweighs his imprisonment. He may therefore be said to have two centres of consciousness, one human and one Divine, and he may speak now from one and now from the other, which accounts for certain apparent contradictions.

Sufism is nothing other than Islamic mysticism, which means that it is central and most powerful current of that tidal wave which constitutes the Revelation of Islam; and it will be clear from what has just been said that to affirm this is in no sense a depreciation, as some appear to think. It is on the contrary an affirmation that Sufism is both authentic and effectual.

As to the thousands of men and women in the modern Western world who, while claiming to be ‘Sufis’, maintain that Sufism is independently of any particular religion and that is has always existed, they unwittingly reduce it – if we may use the same elemental image – to a network of artificial inland waterways. They fail to notice that by robbing it of its particularity and therefore of its originality, they also deprive it of all impetus. Needless to say, the waterways exist. For example, ever since Islam established itself in the subcontinent of India, there have been intellectual exchanges between Sufis and Brahmins; and Sufism eventually came to adopt certain terms and notions from Neoplatonism. But the foundations of Sufism were laid and its subsequent course irrevocably fixed long before it would have been possible for extraneous and parallel mystical influences to have introduced non-Islamic elements, and when such influences were finally felt, they thouched only the surface.

In other words, by being totally dependent upon one particular Revelation, Sufism is totally independent of everything else. But while being self-sufficient it can, if time and place concur, pluck flowers from gardens other than its own. The Prophet of Islam said: ‘Seek knowledge even it be in China’.