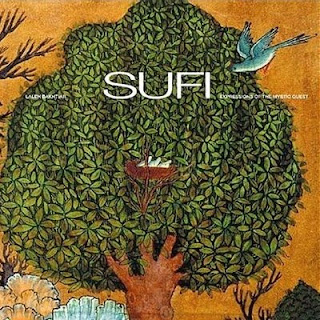 Among the persons who have developed an interest in “comparative religion” many will have discovered that between the vast array of myths, dogmas, and rituals characterizing the various religions there exists a common denominator, a deep affinity resulting from the central point toward which all the sacred paths aim at leading their followers. And these same persons may also have recognized that, within the framework of Islam, Sufism represents this inner dimension, the way opened to those who aspire to reach the realm of the Divine Presence. This is why a good number of contemporary thinkers who are “seekers of Truth” – and all the contributors to the present anthology belong to that category – recognize Sufism as being not only the very heart of Islam, but also a key that gives access to the deepest meaning of other sacred traditions (specific references to this recognition may be found, inter alia, in the articles by Geoffroy, Lings, Macnab, Nasr, Shah-Kazemi, and Schuon).

To avoid any misinterpretation of what is implied by the words “Sufi” and “Sufism”, it is important to note that both terms have been used since the first century of the Hijra (eighth century C.E.), when “Sufism” (in Arabic: tasawwuf, the fact of wearing a garment made of wool – suf – as an emblem of purity) was adopted to designate the quest for spiritual illumination, while “sufi” was applied to characterized the person who had attained an obvious degree of proximity to God. This indicates that Sufism has always been embedded in the texture of Islamic creed, representing an ideal mode of worship derived from the Quranic Revelation and from the customs and sayings (sunna and hadith) of the Prophet Muhammad, and then transmitted without interruption throughout the centuries.

As a way of access to the divine love and wisdom, which are the universal components of mysticism, Sufism has given abundant proofs of its authenticity and its supernatural efficiency and fecundity. This is so from the very beginning of the Revelation, when Muhammad’s Companions sat with him during night-watches filled with the recitation of the holy verses and the invocation of the divine Names, up to the present time when thousands and thousands of devotees affiliated with Sufi brotherhoods throughout all corners of the Islamic world aspire to the purification of their souls and follow the way of their saintly ancestors under the guidance of a spiritual master.

Sufism, then, has nothing to do with sectarian movements which, mostly in the Western world, have used its name, fame, and even some of its psycho-spiritual practices to attract a naïve clientele with the promise of quick spiritual advancement without any religious obligation. It is gratifying to note that many publications now exist, notably translations of treatises on Sufism written in Arabic or Persian by the most eminent Sufi masters, which may constitute a counterweight to the fallacious hopes nurtured by those who would, according to a phrase appearing several times in the Quran (e.g. 2:86), “purchase the life of this world at the cost of the Hereafter”

(Cited from : Sufism: love & wisdom. Edited by Jean-Louis Michon, Roger Gaetani)
Posted by My Reflection at 7:13 AM